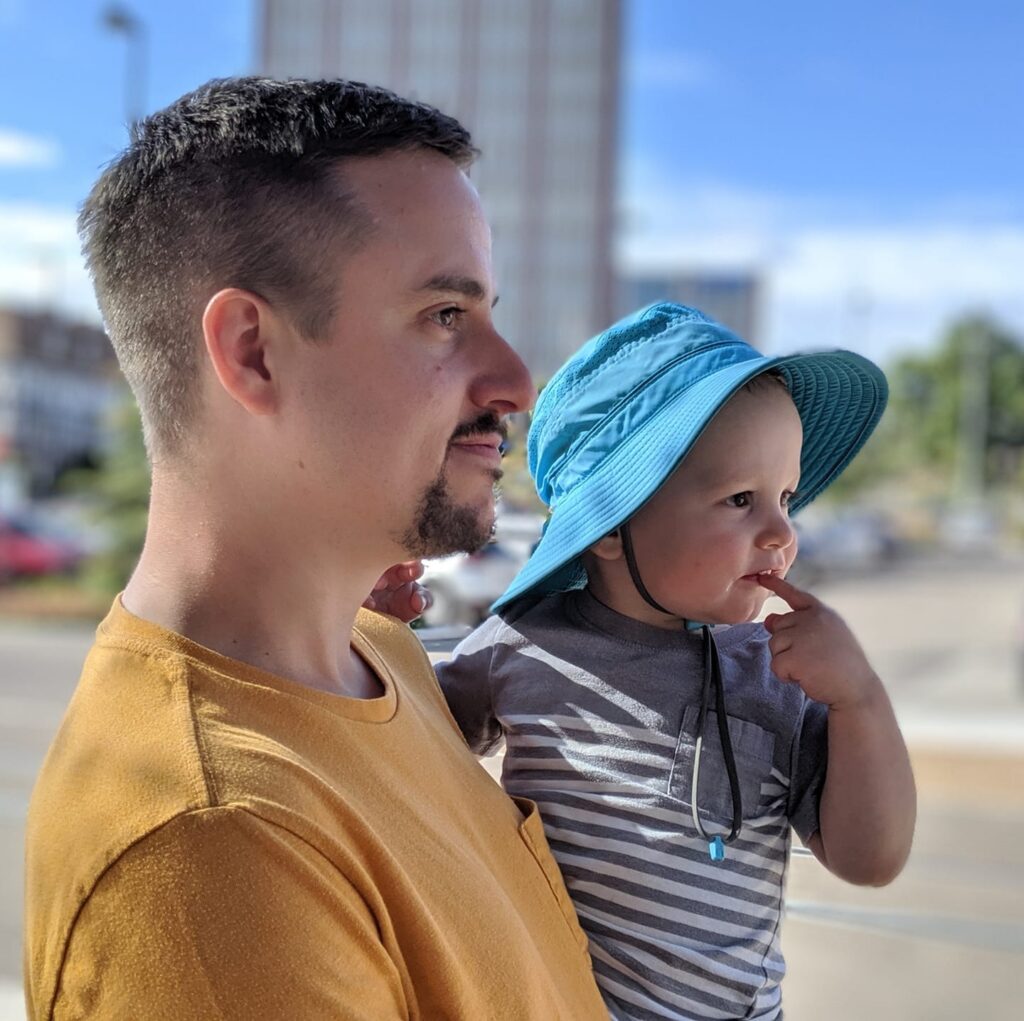 I remember when I was just a boy, probably around 10 years old or so, and we were on a camping trip. I was in the mini-van with my family (mom, dad, two sisters) and we were on our way to our yearly camping destination, which would equate to many hours on the road and many hours of boredom.

As you all know, when a 10 year old boy is bored in a car ride, he’ll likely reach out to annoy whomever is closest to him in an attempt to pass the time.

This is probably why my father decided to use a tactic to keep my mind occupied… now I’m not sure if this was just the first thing that came to mind, or if it was part of some grand plan of his, but he started to talk about a programming language called Visual Basic.

My dad likely realized that I had a passion for computers, and perhaps he was genious enough to try and get me to cash in on my passion, so he pitched the idea of programming to me, and boy did it work.

Likely to everyone’s delight in the car on this long road trip, I was learning about this thing called programming (and no longer annoying my sisters). Of course, what programming was in MY head as a 10 year old, and what programming was in real life were two completely different things, but that didn’t matter. At the time I had an obsession with video games, and if memory serves, I believe at that time it was Mortal Kombat. This particular game pitted two opponents against one another in hand to hand combat, plenty of violence and gore, just the thing to please the appetite of a young boy!

So naturally, my mind wandered and imagined a scenario where I could actually create my own Mortal Kombat game, pitting two stick figures against each other (my drawing skills were horrible) in some fantasy land where there could be only one winner.

The thought of creating this game was amazing, the possibilities limitless, I was hooked. So, my father agreed that when we got home from our camping trip, we would go to the local bookstore and pickup a guide that would teach me all about this Visual Basic programming language and I could be on my way to creating the greatest fighting game of that time.

Now, when this actually happened, I was very disappointed! The book was simply out of my league, my 10 year old brain couldn’t grasp at these advanced topics of methods, variables, data structure and debugging. It was slightly heartbreaking, but it was an important lesson to be learned, nothing great can be made overnight.

It was this original passion for creating a stick figure fighting game that lead me down the path to become the software engineer that I am today. And it was my experience with that Visual Basic programming book that is leading me to create this blog now. There’s no guide out there for programming that explains the concepts of programming in simple terms. Sure there are guides that explain things in simple terms for an already established programmer, but none that really cater to the brand new programmer.

So my goal here is to provide you with this experience, I want to provide tutorials that – hopefully – a 10 year old could follow.

And hey, if it’s not working, that’s why there’s comments on blogs right? Leave a message and let me know if something isn’t clear and I can put it in more understandable or relateable terms! That’s the power of the internet these days right?