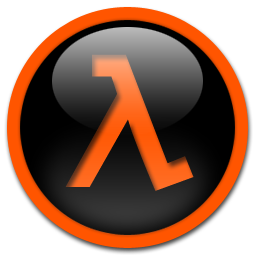 With the release of Java's version 8 back in 2014, it has quickly become the most quickly adopted Java version to date.

Why are people so excited about it?

Well there are some pretty neat new “toys” we can play around with.

One such “toy” are lambda expressions. Though they may seem complex, I'll try my best to break them down and make them as simple as possible.

Benefits of the Lambda Expression

From what I can tell, there's really only one big advantage to using a Lambda expression…

I'll explain what I mean with an example.

Let's consider the compare() method, which is used as part of the Comparator interface.

Let's assume we have a list of Transactions that need to be sorted by their date. How would we accomplish this without Lambas?

Now let's take a look at how we can make this less verbose with Lambdas:

Much less… but with less code comes a bit less clarity sometimes as to what's actually going on. So let's talk syntax.

The lambda is represented by the arrow -> syntax.

Arguments go on the left of the arrow and the body of the expression goes on the right.

The body of the expression is t1.getDate().compareTo(t2.getDate()).

But how does Java know what to do given that there seems to be a lack of information for it to execute on?

Here's how Java works its magic… When you're executing the Collections.sort() method, the second argument that it expects is a Comparator.

So, this means that since Java knows that you should inserting a Comparator as the second parameter of the Collections.sort() method, it has some sort of idea as to what method you could be implementing.

Then when you insert our two Transaction arguments to the left of the Lambda syntax, Java knows that you must want to use the compare method.

I think of it like method overloading. When you have a bunch of methods that all share the exact same name, but they all have different method signatures… Java knows which method to invoke based on the arguments you pass in to the method. The same concept is happening here, it's using the method signatures to figure out which of the interface's methods you'd like to invoke.

Then, since this is an interface after all, there's no body in the interface's method… so we need to give it some code! This is the code that we include to the right of the Lambda's arrow syntax.

Java can then put all the pieces together and re-create the more verbose anonymous inner class code and your program will work just as well as it did before.

One more thing that you can do to shorten your Lambda expression code is to remove the parameter types for the parameters to the left of the arrow syntax.

Java will be able to infer the data types in most cases, so they can almost always be omitted.

Let's revisit our sorting code from before and remove the data types:

That's more Java 8 magic at work. Java knows that the (t1, t2) variables should be of type Transaction.

So now we can just execute a .forEach() method on collections that have iterators.

Let's use lambdas in combination with this forEach() method to output our Transactions to the console.

So this begs the question… what abstract method is the forEach method working off of?

Well, the forEach method takes a Consumer<T> action as a parameter.

The Consumer interface has a method that takes a generic T object as a parameter.

So again, the forEach method takes a Consumer as a paramter. The Consumer interface defines a method called accept, which takes a generic object (in our case, it's taking a Transaction). We then define a body for the accept method, which outputs a transaction to the console.

I'm sure with time, as Lambdas become more widely accepted and used, they will become second nature to us Java programmers.

So for now, when you're writing your code and you're about to create an anonymous inner class, pause for a second and think of how you could turn it into a lambda expression instead!